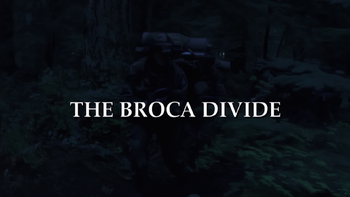 Below are the full credits for "The Broca Divide".

MGM Worldwide Television Productions Inc. is the author
and creator of this motion picture for the purpose of
copyright and other laws in all countries throughout the world.